A retired senior civil servant, and two times political aspirant, Mrs Helen Edward Dabup, speaks with Nanji Nandang about discrimination against women in Nigerian politics and her experience in politics.

Let’s get to know you

I was a Lecturer at the Plateau State Polytechnic Barkin Ladi where I rose to the Deputy Rector in 1997. I transferred my services to the National Assembly Service Commission (NASC), Abuja, in 2002, and I retired as the Director in charge of Appointment, Promotion, Discipline and Appeals in 2011.

In 2013 I joined politics, and since then, I have been an active political party member and a key party stakeholder for my Ward.

I am presently a member of several NGOs that promote the rights of women, like Women 4 Women Plateau community. I also manage a company, Kachinji Ventures, that supports indigent women entrepreneurs economically.

What motivated you to join politics?

My motivation has been since my childhood. I have always wondered why many women are not in leadership positions and it’s this curiosity that drove me into joining politics. Even in the face of discrimination and discouragement, I am determined to make good recommendations for enhancing women’s participation in politics.

How prevalent is the discrimination against women in Nigerian politics?

Discrimination against women in politics arises largely from our patriarchal social system. It’s acceptable for society to perceive women simply as homemakers. The political terrain is perceived as that of the men with the women as mere followers. Even the few women in politics will discourage any woman seeking political office. The women join the men against fellow women seeking political office.

Another factor is the socio-cultural and religious traditions as perceived and interpreted by the society. Lack of political education too.

I have sought election twice, in 2014 and 2021 primary elections, for the post of Member, Plateau State of Assembly and Chairman, Mangu LGA, respectively.

Some people, including women, asked why I was wasting my time and money seeking the posts I vied for. A woman told me that if I didn’t have lots of funds, I should just forget about the aspiration.

The electorate generally is more interested in the funds disbursed by aspirants than the capability and competence of the aspirants.

The political party executives are also more interested in the funds getting to them from the aspirants during campaigns and elections than the quality of the aspirants.

How would you rate the support for women by political parties?

The political party structure has only one position for women, Women Leader, from the Wards to the National levels. The lone voice of a woman is often silenced when it comes to electing political leaders. The role of the Women Leader is to simply mobilise women and organise them for elections. Sometimes the Women Leader is kept busy with selling party uniforms to members and distributing incentives during elections.

Once the party leaders and exco agree on the aspirant to be voted for, the delegates will be informed and are expected to obey the order. So you can see that the delegates are not the ones deciding on the candidates but they are directed by the political power brokers. Even if it’s consensus, it’s the political party leaders and party executives who decide on the consensus candidate and not the people.

What is keeping you in politics despite the discrimination and discouragement?

My curiosity about the poor performance of women in politics has kept me in politics, hoping to have a voice to help improve our system.

I am presently a PhD student at the University of Jos in the Gender and Women Studies Directorate. My thesis is on the Political Empowerment and Participation of Women in Politics in Plateau State (2011-2015). I believe that the participation of women in politics should not be limited to voting alone but should include playing critical roles in the political parties and providing credible leadership for the development of our society.

Why is the representation of women in politics important?

It’s important to have women represented in politics because women form an important part of the demography, making up almost half the population. In a democracy, popular participation is key, therefore women need to be represented.

Politics is about decision making, policy formulation and the implementation of programmes and projects. The voices of women must be heard in all these areas. Women are the most vulnerable in socio-economic and political sectors. If development is female gender centred, the entire society will develop. With more women in political leadership, younger females will have role models to emulate.

You will agree with me that women are naturally nurturers and are best prepared to develop the environment and the youths and children. There are special sectors like Health, Education, Environment, Economy etc that need the special attention of women and much can only be achieved through politics.

Why have attempts to get more women into leadership positions failed?

Getting more women into political leadership has been challenging because men had an early head start in public service than women e.g., Politics and governance. Not many men welcome women in politics, some indeed feel threatened having educated and qualified women vying for the same positions with them.

The progress of most women in politics is dependent on the disposition of political leadership. If the leadership has a positive disposition the more likely more women will be involved.

Many women have academic qualifications but lack political education and are not willing to go through the stress of politics.

Most qualified women lack both social and political capital to seriously engage in politics.

The issue of funding in politics is a big challenge for women. Because politics is highly commercialized in Nigeria, the electorate is always looking forward to receiving from politicians and most women lack the resources for political spending. Even those who have the resources consider such political spending a waste. The electorate will often prefer those who give them funds to those who don’t and most women fall in the latter category. In addition,, there are more political godfathers than godmothers to give financial support to women politicians.

In my theses I am proposing that women in associations /groups should sponsor capable women among them to go into politics for the service of their communities.

What system of government do you think can pave the way for women’s representation in politics?

The democratic system remains the best system for getting more women into politics and representation. Through quota systems by law and enforcement within a democracy, more women’s representation can be achieved.

We can use some of the more developed societies as models including Rwanda, an African country. Most of these countries used their Legislature to make laws and enforce the same in raising women’s representation in politics and governance. Rwanda for instance, included Gender Equality when it reviewed its constitution in 2003 and the government has followed it to the latter.

What role do relationships among women play in women’s participation in politics?

The role relationship among women plays in their representation in politics is critical. Women ought to support fellow women in politics but often it is not so. Some women will rather vote for a man than vote for a woman. Some for economic reasons and some just prefer male leaders, claiming that many women leaders are strict disciplinarians or so and may not allow funds to be spent anyhow.

Women, therefore, need a lot of enlightenment through advocacy and sensitisation so that more women can be voted into leadership so that better laws can be made and development brought for the collective good of the entire society. Inclusiveness is critical and essential in a democracy.

It’s important for women to have a change of mindsets from the image men have created about politics. Politics is not to make money and be served but to serve the people in a democracy. Being sensitive to the needs of the people is a familiar terrain of women who are mostly trained in the family to serve others.

What advice do you have for other women aspiring for positions and those planning to join politics?

My sincere advice for those in politics and those aspiring is to never give up but to be focused and determined in their quest. They must be willing to generate their funds and be ready to spend when necessary. As politicians, they should be willing to support other aspirants with their efforts and resources because what goes around comes around. If you don’t win this time around, you will certainly not be forgotten because of the support you gave to other aspirants.

Lastly, how is your husband taking your participation in politics?

My husband is an enlightened man and has never stopped me from pursuing my dreams. He is however cautious about politics, especially in the area of my safety and the type of people I am likely to meet in politics. Last year, for instance, stakeholders of my chiefdom deliberately visited me in our house in order to meet my husband and to assure him of my safety and the support of our chiefdom. This action helped a lot in assuaging his apprehension.

As an engineer, my husband likes to stick to his profession and has never followed me on any political campaign but I keep him informed about everything I do and he gives his consent with caution. 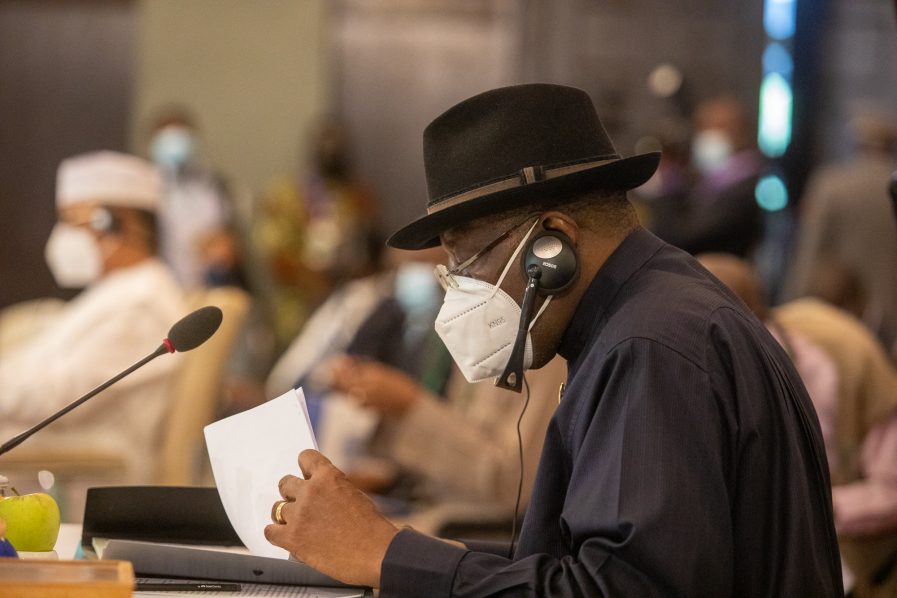