Medical experts have criticised the move by the House of Representatives to legalise the use of Indian Hemp in Nigeria, warning that it will increase the rate of mental health disorders in the country.

The experts cautioned the lawmakers not to place economic gains above the health of the people, stressing that Indian hemp increases three times the risk of having mental health problems.

According to them, the country is faced with a high level of drug abuse already and efforts should be geared towards its mitigation and not to compound the problem.

The spokesperson of the House of Representatives, Benjamin Okezie Kalu had, on Monday, said that the lower chamber of the National Assembly was set to legalise the use of Indian Hemp in Nigeria.

Kalu made this known during a Press conference on the benefits and opportunities of cannabis, in Akure, Ondo State.

He said the decision would be made in the interest of the country’s economic growth.

He explained that countries such as South Africa and others are currently benefiting a high revenue from cannabis which they export to other countries.

Reacting to the move during an interview with PUNCH HealthWise, President of the Nigerian Medical Association, Prof. Innocent Ujah, asked the lawmakers not to look at money alone but to also examine the consequences of abusing cannabis.

Ujah said, “We know that Indian hemp is addictive and you have to look at the quality of human beings rather than the money.

“It is human beings that generate the money. If it is wholly for economic reasons, then, I totally disagree with that decision because so many people who are on Indian hemp have gone psychiatric and we are losing quality people.

“And because it is addictive, it should be controlled. Addictive drugs that are used in the relief of pain during surgeries are controlled. You can’t buy them over the counter. The lawmakers should seek advice from experts.

“They should not look at money alone. A healthy community is a more productive community. Legalising Indian hemp in Nigeria will have dire consequences. It will increase mental disorders. It will destroy the Nigerian community.”

The psychiatrist asked the House not to pursue economic benefits at the expense of people’s health.

Amosu explained, “We need to trade with caution. Where Indian hemp is legalised in the world, it is medicinal Indian hemp in which it is specially made for anesthesia -to alleviate pain. It is used for those with cancers who have pain, what is called end of life issues. That is what it is legalised for.

“However, we need to realise that our own caring is peculiar. Cannabis which is Indian hemp is the commonest illicit substance of abuse in Africa, West Africa, the whole world and Nigeria inclusive.

“People are doing it in secret and we have a problem, how much more if it becomes legalised. In fact, the last National Drug Use Survey shows that 17 percent of Nigerians have a problem with drugs.

“We need to be very careful. People will run into problems and the rate of mental illness is likely to increase.”

The psychiatrist notes that when there is a drug abuse problem, the society and the family will suffer, warning that if health goes down, the economic gains will not be able to recover it in terms of the multiplier effect.

“The nation as a whole will suffer. So, the lawmakers must be well informed. It is not a decision that should be taken in a hurry. They need to be guided. We must be science, information, communication and data driven. We must look at the pros and cons. They must trade with caution if not, we will run into a big problem in Nigeria”, he said.

A Consultant Psychiatrist at the Lagos State University Teaching Hospital, Ikeja, Dr. Olayinka Atilola, says only 10 percent of people in need of mental health services have access, even as the burden of mental illness increases due to the impact of COVID-19.

Experts warn that mental disorders may be another major health challenge the country will have to contend with after COVID-19 if something is not done to halt the rate.

Already, before the outbreak of the pandemic, reports showed that about 20 to 30 percent of Nigeria’s population suffered from mental disorders, which many mental health experts believed was too high

And now alcohol abuse is said to have compounded the problem, with less than 250 trained psychiatrists in the country. 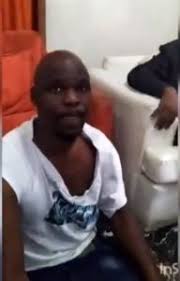 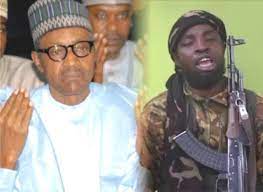