Fake news has gradually creeped into the Nigerian media, and this has compelled organisations like Dubawa  under the aegis of Premium Times Centre For Investigative Journalism (PTCIJ) and some international organisations to set up measures that can combat  the spread of misinformation and disinformation in the country.

In November 2018, the British Broadcasting Corporation (BBC), published a report that showed that Nigerians usually fall prey to fake news because they are concerned about “not falling behind on the news” and being informed in good time, among other reasons.

In the light of this, Dubawa has been engaging news reporters from different media organisations all over the country to curb the fast spreading jeopardy of fake news by training and mentoring reporters through Fact check fellowship.

And the fact check stories produced on the Dubawa platform have pointed up the cancer in the stories Nigerians suckle on every day. More than half included claims which health authorities, doctors, experts and relevant authorities  had discredited. Yet many people had considered them interesting enough to share on social media.

It is obvious that fake news stories can influence social life, health and politics, especially when such stories contain unproven data that may end up prejudicing people’s judgment.

Studies have shown that such stories

Some people have consciously and subconsciously allow themselves to be agents of misinformation and fake news, according to BBC researchers who said that emotions trump reason when it comes to sharing news in Nigeria in a quote from one interviewee in Nigeria who said “After watching the news I was touched, so I had to post it.”

How are people supposed to navigate News headlines they see on WhatsApp, Facebook or Twitter to weed flaky false and dangerous claims?

Nigerians need to learn how to distinguish between fake and credible stories by first taking caution of what they choose to read  and see  on WhatsApp, Facebook and Twitter.

Follow these tips to be sure of the quality of what to read online.

1. Look for the source of the article: Check if it’s from a newspaper, website or broadcasting organisation with a good reputation. For example, when a notification pops up on one’s phone with the headline “ Onyeka Onwenu has opened up on ‘secret marriage with Obasanjo,” one may start sharing the story with family and friends that Onyeka is married to Obasanjo, without even reading through to get the details.

2. Look for bylines: People read catchy headlines without checking who the author is or what the story is about. Checking the author of a story is very crucial, it will help the reader to confidently tag the story to the source i.e. the publisher (organisation) and the author. An example is when a reader can confidently say,  “Kaduna iron ore mining company is recruiting” because it has been published by Dubawa and the author’s name “Nanji Nandang ” is attached to the story.

3. Search for other stories done by the author or journalist: if you are not fully convinced with the byline of the story, simply search the author’s name online to see other works done by him or her.

4. Be wary of headlines written with the catchphrase “breaking news”: Fraudsters and fake News websites have figured that readers are yearning to know what is happening at a particular time, and since people are excited by the phrase “breaking news,” they use it more than the conventional media platforms use it.

The aim is to catch the reader’s attention even if the story is irrelevant, stale, or untrue.

5. Avoid headlines that use ambiguous language: The bigger the claim, the more evidence you need to see if it’s true. For example, “If there really is a massive attack,” it will have been tested by the figure and of course pictures, it has to be published in other journals and covered by credible media platforms around the world. If the story is so big and catchy, other media outlets, especially the credible ones in Nigeria will definitely publish it, so don’t fall for headlines that use ambiguous language.

6. Ask yourself whether this finding is really plausible:  If it looks too good to be true, then run a word search. The internet will link and show other media platforms that have published the story.

7. Avoid websites that copy and paste: When running a  word search online, take note of the fake websites that copy word for word  from each other to convince readers that the story is true. Check it on a reputable news platform.

Interestingly these fake websites use the same headlines too.

Technology has trained readers to click on headlines without much regard for the source. Before investing  so much time in reading an article or watching a video, check the source. Many established media outlets are mimicked online by fake news sites, so it’s important to check closely.

The researcher produced this fact-check per the 2021 Kwame Karikari Fact-checking Fellowship partnership with JAY 101.9 FM Jos to facilitate the ethos of truth in journalism and enhance media literacy in the country 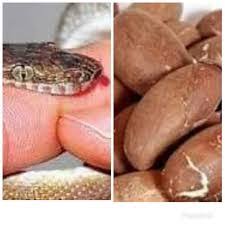 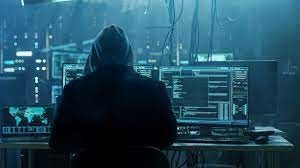 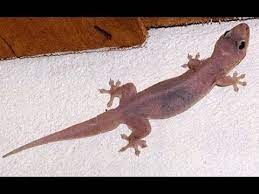