FG Knows Where Kidnappers Are, Only Being Careful – Lai Mohammed

Lai Mohammed, the Minister of Information and Culture has assured Nigerians that the Federal Government knows where the bandits terrorizing the country are located and they are adequately handling the situation.

Lai Mohammed disclosed this while addressing journalists at a press briefing held on Tuesday in Lagos State.

According to him, the refusal of the military to invade hideouts of the criminals is to reduce minimal casualties of the side of civilians held hostage in such camps.

He, however, stated that the insinuation in some quarters that the government was clueless was unfounded, adding that the result of the government’ efforts would soon be evident.

He said, “It is no longer news that our dear nation is facing security challenges. However, I have read comments saying the Federal Government is overwhelmed and doesn’t have a clue as to how to tackle the challenges. Some have even gone as far as suggesting a truncation of the democratic order, a clearly treasonable stance.

“Well, I am here today to assure all Nigerians that while the government acknowledges the security challenges we face at this time, from terrorism to kidnapping, banditry and farmer-herder conflict, it is definitely not overwhelmed and indeed it has the wherewithal, as you will see in the days ahead, to confront the challenges headlong and restore law and order, peace and security.

“One of the most difficult things to do, for a democratically-elected government, is to use the instruments of coercion against its own people. For example, while the nation’s military has superior firepower over the ragtag band of Boko Haram and ISWA, the terrorists most often than not operate among the populace, either in our villages or towns, hence the military, in tackling them, is usually careful to avoid collateral damage.

“The same applies to the kidnappers who abduct our school children. Usually, the location of the kidnappers is not unknown to security forces, but they still have to exercise caution in order not to hurt the same children they are trying to rescue. Despite these inhibitions, the security forces have the wherewithal to decisively tackle the challenges,” he added.

He lamented the attacks on security agencies in some parts of the country, saying they were a declaration of war. 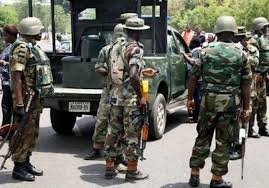 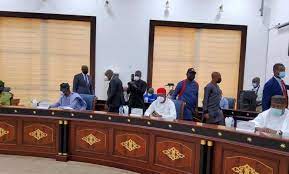