The Independent National Electoral Commission (INEC) will conduct a bye-election for the Gwaram Federal Constituency of Jigawa State on June 19.

He said the decision to conduct the exercise followed the death of the former holder of the office, Hon. Yuguda Hassan Kila on March 4, in which the Speaker of the House of Representatives, Femi Gbajabiamila declared the seat vacant.

“Consequently, the Commission has fixed Saturday 19th June 2021 for the conduct of bye-election to fill the vacant seat for the said Constituency in the House of Representatives,” the statement partly read.

“The official notification for the election will be published on 17th May 2021. Political parties shall conduct their primaries between 18th and 24th May 2021.

Okoye also directed political parties to submit the names of their polling agents for the election to the INEC Electoral Officer for Gwaram Local Government Area on/or before 1st June 2021, noting that campaigns would end on June 17.

While noting that the detailed Timetable and Schedule of Activities for the bye-election has been uploaded on the Commission’s website and other social media platforms, he asked political parties to abide by Section 87 of the Electoral Act relating to the nomination processes.

He added, “The Commission wishes to reiterate that since work on the expansion of voter access to Polling Units in the country is ongoing, the bye-election will hold in the existing Polling Units and Voting Points across the Constituency covering Gwaram Local Government Area of Jigawa State.

“The Commission enjoins all political parties to strictly adhere to the Timetable and Schedule of Activities and avoid rancorous primaries and violence during the campaigns and throughout the electoral process.”

Family Reveals How Abba Kyari-Led Anti-Robbery Squad Murdered Their 27-year-old Son, Robbed Him, Dumped His Corpse In A Morgue 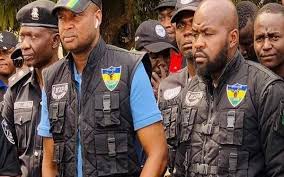 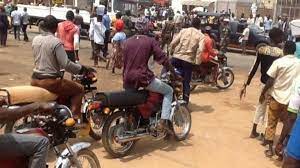