Jayfm Commentary: Visit to Miango and Kanam By Governor Lalong and the Expectations of the people

Written by Joey Shekwonuzhibo on April 19, 2022

After waiting for more than four years which had fueled speculations of harbouring hatred for the people ,Governor Simon Lalong of Plateau state last Thursday finally visited Miango Community in Bassa Local Government of the state .

Several communities in the council Area have suffered multiple attacks by gunmen in the past years leading to the killing of many locals and destruction of their properties worth millions of naira .

During the visit ,the Governor was said to have told stakeholders who gathered at the Miango Rest Home that his mission was to condole with the people over the incessant killings and destruction of properties in the area describing the situation as a major setback to the progress of the entire state.

There are reports that the Governor also commended the Irigwe people for their resilience, patience and efforts to live in peace with their neighbours despite the losses they have incurred overtime from attacks by criminal elements.

Lalong also urged the people to resist the incitement and provocation by criminal elements both external and internal who seek to stop the development of the area and the prosperity of the State, promising that that Government will pursue and ensure that the perpetrators are dealt with ruthlessly.

The visit equally provided the Governor with an opportunity to launder his image as he accused those saying that his administration does not like the Irigwe people as peddling falsehood describing them as mischievous persons who want to politicize insecurity in order to gain popularity through misinformation and fake news.

It was gathered that a peace agreement was later signed by the people of Irigwe and the Fulani .

In their separate remarks ,stakeholders who attended the meeting including the Paramount ruler of Irigwe nation, His Royal Highness , Bra Ngwe Rigwe Rev. Ronku Aka, community, youth and women representatives as well as political and religious leaders, appealed to the governor to use all his powers and ensure that anyone who breaches the terms of the agreement is dealt with according to the law so as to serve as a deterrent to others stressing that the people were tired of the unwarranted attacks and losses in their communities

Given the desire of the people to bring to an end , the wanton destruction and lives and properties in their communities ,the stakeholders were said to have made additional demands on the governor which included the need for a quick passage of the Ranching Bill currently before the Plateau State House of Assembly in order to deal with the issue of open grazing that is at the centre of the attacks and displacement in the area.

They also appealed to the Government to empower the vigilante groups so as to enable them provide first line of defence and intelligence against any attack ,among others .

No doubts ,the recent visit to Miango Community by the Governor after his last visit in 2017 was long over due .

The attacks and killings in the Bassa communities had greatly affected the socio-economic lives of the people as many villagers had abandoned their farms due to fear of being attacked or killed by suspected terrorists .

Many are also in the hospital due to injuries sustained during the previous attacks . The number of internally displaced persons have also increased in frightening proportion due to the activities of the assailants .

Businesses have also been badly hit in the locality and other parts of the state .

Indeed ,the security situation in the communities is really worrisome and this should jolt the federal and state governments into emergency mode to protect the people .

Unfortunately, Governor Simon Lalong and his team have serially failed to arrest the plunge with realistic, creative measures targeted at the perpetrators.

Besides,public infrastructure in several parts of the state is patchy and dilapidated

A case in point on how Plateau has fared under Governor Simon Lalong ‘s administration is evidence in the data released recently by the National Bureau of Statistics which listed Plateau among the 24 states of the Federation which attracted no foreign investment in 2021 partly because of insecurity .

To lift the economy, Plateau needs to retain and attract investments by improving the operating business environment.

Now that the Governor has visited Miango community as well as Kanam LGA where over 100 people were recently killed in different communities , to see things by himself ,he and his team of officials must snap out of their comfort zone and address the security challenge being faced by the people in the affected LGAs and other parts of Plateau state

But the state government alone can not address the challenge sustainably ,the Local Government and Communities must have security and peace strategies in their domains .

The Police,Operation Safe Haven ,Operation Rainbow ,NSCDC and other sister security agents must brace up to the challenge of securing the people from further attacks and killings . Obviously, their current efforts are not delivering. Therefore,the state government and other stakeholders must work together with renewed vigour in order to move away from the current situation and tame insecurity in the state. 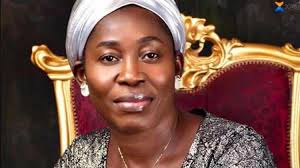 Wike Promises to Bail Out Nigeria from Poverty and Insecurity