Today’s news Commentary is on the non-completion of critical projects in Plateau and notes that Governor Lalong’s fallings are hurting the state. It is written by the News and Current Affairs Department of Jay FM.

Reactions by citizens of Plateau state across the 17 Local Government Areas after the emergence of the 2023 governorship candidates and their deputies from the major political parties in the state reveal the extent to which the people yearn for a return of good governance in the state.

It was the incumbent Governor, Simon Lalong that rekindled the hope of the people in 2015 to continue on the path of good governance when he told the expectant citizens that he would not only complete all critical projects initiated by his predecessor, Jonah Jang but would start and complete new ones for the development of the state.

Lalong was speaking during a thanksgiving service at the headquarters of the Church of Christ in Nations in Jos to mark his 100 days in office.

According to Lalong , the projects he was meant to complete were for the benefit of the people of Plateau and should not be discarded on the altar of political differences.

No doubt, former Governor Jonah Jang who was governor between 2007 and 2015 wrote his name in gold in his service delivery, especially in the area of project execution

This has been widely acknowledged by the people both within Plateau and beyond, a development which recently made the current governor of Adamawa state, Ahmadu Fintiri name a newly commissioned road after Senator Jonah Jang for also laying the foundation of development even in his own state.

Not surprisingly, the comment by Governor Lalong to complete critical projects initiated by the past administrations in Plateau including that of Jang, for the benefit of the people, received a commendation from the citizens.

One of such projects which the people expected governor Lalong to complete was the flyover and adjourning roads at Akila Manchunga to Utonkon and Keana areas within the state capital.

It was learned that the immediate past administration conceived the Utonkon flyover project and started it in 2011 as part of the measure to ease traffic congestion and to provide alternative roads for motorists heading towards Abbatoir and Rayfield areas from the city center instead of driving through the highway.

The project which experts said is about 55 percent completed had been abandoned in 2015 against the expectation of the people who thought that the uncompleted project would be among the top priority projects of Governor Lalong during his first term in office considering the importance of the flyover and the road.

Like the Utonkon flyover, findings show that many other uncompleted projects initiated by the immediate past administration for the benefit of the people and several other projects before it, had regrettably, remained the same under Governor Simon Lalong’s administration despite yearly budgetary allocations.

For instance, in 2019, a total sum of N200 million was earmarked for the completion of the Uto Kon flyover but no work was done on the project to date.

Some civil servants and other residents familiar with the matter said the inclusion of a certain amount in the state budget without execution of projects had become an annual ritual since Governor Simon Lalong was elected in 2015.

They expressed regrets that there would not have been push-back in the completion of the Utonkon flyover and other abandoned projects in many parts of the state
if the present government had matched its words with action.

According to them, that is the major reason why the people should elect the right candidate in the forthcoming 2023 election as any mistake will further expose Plateau state to deeper underdevelopment, stagnation, and backwardness 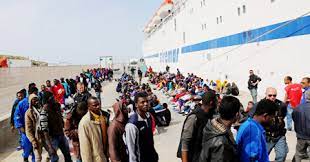 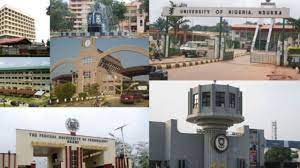