Up to 25 generals of the Nigerian Army who are senior to the newly appointed Chief of Army Staff, Major General Farouk Yahaya, are billed for forced retirement.

Recall that President Muhammadu Buhari on Thursday appointed Yahaya as the new Chief of Army Staff, one week after the demise of the former COAS, Lt. Gen. Ibrahim Attahiru and 10 others in a plane crash in Kaduna.
Yahaya’s appointment was contained in a statement by the Acting Director, Defence Information, Brigadier-General Onyema Nwachukwu.

The statement reads, “The Commander in Chief of the Armed Forces of the Federal Republic of Nigeria, President Muhammadu Buhari has appointed Major General Farouk Yahaya as the new Chief of Army Staff.

“Prior to his appointment Major General Yahaya was the General Officer Commanding 1 Division of the Nigerian Army and the incumbent Theatre Commander of the Counter Terrorism Counter Insurgency military outfit in the North East code named Operation Hadin Kai.”

Until his appointment, Yahaya was the Theatre Commander, Operation Hadin Kai, responsible for counter-terrorism and counter-insurgency operations in the North-East.

According to military tradition, the new COAS who is junior to the officers in course 35 and 36 cannot superintend over them.

Yahaya is also junior to the other service chiefs as the Chief of Defence Staff, General Lucky Irabor is of Regular Course 34 Intake; Chief of Naval Staff, Vice Admiral Awwal Gambo and Chief of the Air Staff, Air Marshal Oladayo Amao, both being Regular Course 35 intakes.

Yahaya was the General Officer Commanding 1 Division of the Nigerian Army, Kaduna before his deployment to Operation Hadin Kai. 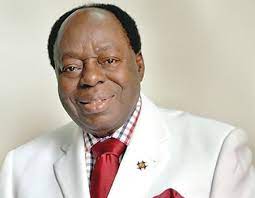