Today’s news Commentary draws the attention of Plateau residents on the need to stop indiscriminate dumping of refuse on the streets and surrounding environments for clean and safety purposes .

The indiscriminate dumping of refuse by citizens is affecting the lives of the people in many states of Nigeria including Plateau.

Refuse is a substance produced from daily activities in homes as well as from agricultural, livestock and industrial activities.

But when the environment is continuously polluted and abused and with waste indiscriminately disposed off, it encourages spread of diseases, destabilizes the ecosystem and repels people.

In the city of Jos and indeed,across the 17 Local Government Areas of Plateau , environmental degradation as a result of increased rate of indiscriminate waste disposal and its detrimental consequences to the environment and human health is a great concern that calls for an immediate attention of all , especially in this rainy season with it’s attendant health challenges resulting from environmental pollution .

The domestic waste disposal problems in the streets of Jos and other parts of the state is typified by overflowing dustbins, mountains of open refuse dumps at virtually every street corners and the existence of improperly operated open landfill which are often rodent infested with potentials for surface and ground water pollution.

Investigation has revealed that heaps of refuse dumps are common in some areas in Jos metropolis such as kugiya market, Dadin Kowa first gate, D.B Zang junction, Ungwan Miango, Tudun Wada and Terminus market among others .These heaps of refuse in most cases are observed to have been left unattended to for several days.

In most designated waste dump, there are always over flow of waste, some becoming mountains due to lack of quick response on the part of the government agency concerned to get rid of them as at when due.

Unregulated growth of urban areas and inadequate infrastructural facilities for collection, transporting, treating and disposal of waste have all contributed to increase in pollution and ecological degradation in the state

Indiscriminate waste disposal are known to block water drainages thereby leading to flooding a situation that can cause damages to house and property, ill health and even death.

Waste flushed to the stream affect the color, odour and the general water quality of the stream where some of the people get their water from and thereby exposing them to health hazard by water borne disease and others.

Consequently,some residents of Jos metropolis on Friday decried the situation particularly,the indiscriminate dumping of refuse by the roadside by citizens

In separate interviews ,the residents also decried the late response of the Plateau State Waste Management Authority and the Private Sector Participation operators in removing the waste so dumped.

It must be stressed that these not only affect the physical environment and the waterways by contaminating ground water and soil, but also puts the lives of the people in constant danger

Unfortunately,due to lack of awareness and low income sources, dwellers are forced to live with unhealthy and unhygienic conditions. This should not be allowed to persist for any reason .Therefore,all hands must be on deck to ensure a clean environment at the homes and on the streets of Jos and other parts of Plateau at all times for the safety of the people 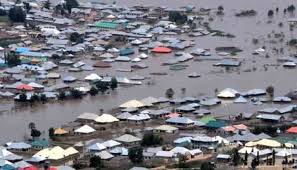