A soldier has allegedly killed a watermelon vendor along Zamfara-Sokoto bypass Road, Gusau.

An eyewitness, who spoke to DAILY POST at the venue of the funeral prayers for the deceased, said the soldier who was allegedly drunk bought a piece of watermelon from the seller and refused to pay.

“As the argument between the soldier and the deceased continued, the soldier allegedly rushed to a nearby hotel, picked his gun and asked his colleague to follow him to the scene.

According to an eyewitness account, when he got there, he started shooting sporadically and eventually shot the watermelon seller to death.

Residents of the area who were not happy with the action of the soldier attempted to lynch him, but he escaped to his hotel room.

Investigation carried out by DAILY POST revealed that the situation caused panic as residents insisted on burning down the hotel where the soldier was hiding before armed police men intervened and whisked him away to an unknown destination.

As of the time of the funeral for the deceased, our correspondent gathered that the soldier was in the custody of the police while thorough investigation had commenced.

When contacted, the State Police Public Relations Officer, SP Shehu Mohammad confirmed the incident and assured that investigation was ongoing about the matter.

SP Shehu noted that the accused soldier would be arraigned in the court of competent jurisdiction.

He called on the relations of the deceased to remain calm and law abiding as justice would surely prevail. 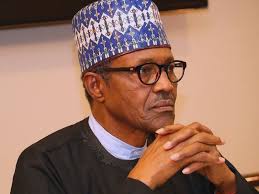