How does one fairly review Zack Snyder’s Justice League?

That’s the question I’ve been asking since watching director Zack Snyder’s four-hour revision of the 2017 superhero film that’s become about as polarizing a project as Hollywood can deliver.

Should a review compare it to the original version of the film, which was (by most reports) heavily rewritten and reshot by fill-in filmmaker Joss Whedon? Or should Zack Snyder’s Justice League be reviewed as a stand-alone effort, as if the 2017 film didn’t exist?

One thing seems certain: We’re in unfamiliar territory with Zack Snyder’s Justice League, and expectations regarding how such a project should be critically assessed are going to vary wildly. In the end, the best approach just might be to dive into it and explain why Snyder’s Justice League do-over is a surprisingly rewarding experience. So, here we go.

How we got here

Zack Snyder’s Justice League was never supposed to exist. The follow-up to 2016’s Batman v Superman: Dawn of Justice, the film known as Justice League (sans “Zack Snyder’s”) was intended to be Warner Bros. Pictures’ answer to Marvel’s The Avengers, bringing the studio’s marquee heroes — Batman, Superman, and Wonder Woman — together (along with Aquaman, Flash, and Cyborg) for a massive battle against an enemy too strong for them to face alone.

After several underwhelming films — including the aforementioned Batman v Superman — the studio had its hopes pinned on Justice League to course-correct its franchise of DC Extended Universe films. However, Snyder had to exit the project during production due to a family tragedy, and the studio later appointed Whedon to bring it to the finish line.

The end result was a movie featuring some of the most recognizable superheroes in the world that was a critical flop and reportedly lost the studio somewhere around $60 million. Four years and one intensely aggressive (some would argue, too aggressive) fan campaign later, however, Zack Snyder’s Justice League arrives on HBO Max, clocking in at just over four hours and full of both fresh footage and narrative shifts that do indeed make it feel like an entirely new movie.

Snyder has always been an ambitious filmmaker, but he’s also no stranger to hyperbole. In recent years, he’s indicated that the version of Justice League released to theaters contained only a tiny portion of footage he filmed, and the story had little resemblance (if any at all) to the story he had planned for the project.

Zack Snyder’s Justice League suggests he wasn’t exaggerating, though, as it feels like an entirely different — and surprisingly better — movie than the one we received in 2017. Gone are many of the most maligned elements of Justice League, from Superman’s digitally mangled mustache removal to many of the jarring narrative and tonal shifts that made the first film feel like a taped-together jumble of scenes instead of a cohesive film.

Much of the story has changed, too — and in major ways that fix a lot of problems with the previous iteration of Justice League. Not only does the villain Steppenwolf’s arc make more sense this time around, but so do the motivations of the heroes and the film’s supporting cast. Where the original film felt entirely too focused on Superman’s resurrection (to the point of making the heroes’ fight against Steppenwolf feel like a secondary thread in the story), Zack Snyder’s Justice League shifts that element to a more appropriate place in the overarching story and maintains its focus on the heroes’ real mission: Saving the world..

The film’s four-hour running time also affords Snyder the ability to devote significantly more time to the characters not named Superman, Batman, or Wonder Woman, and the overall product is better for it. By the time the movie’s climactic final battle rolls around, you feel more invested in the story arcs of Flash, Cyborg, and Aquaman, because the events that brought them to that point (particularly actor Ray Fisher’s Cyborg) give the characters more emotional weight.

In its revamping of the 2017 film, Zack Snyder’s Justice League gives primary villain Steppenwolf a fresh coat of paint that’s a noticeable improvement and enriches its heroes’ journeys by upgrading their villains.

Not only does Steppenwolf look more alien in the film, his armor and everything else about him has been touched-up, too. Instead of looking like an exceptionally large human, Steppenwolf is infinitely more monstrous in this version of the film, making it more impressive that newly added scenes also make his motivations feel more relatable. His desire to conquer Earth as a tribute to the cosmic conqueror Darkseid — and why he would want to make such a tribute — receive the sort of attention that was sorely lacking in the 2017 movie.

The addition of Darkseid himself to the story only adds to the sense of dread lingering over the heroes’ efforts. Rather than lurking in the shadows, Darkseid — an ominous villain who was barely glimpsed in the original film — is shown to be every bit the deadly enemy he’s supposed to be in the DCEU. And the decision to bring him front and center in this revision is another improvement in Zack Snyder’s Justice League.

While Zack Snyder’s Justice League gets a lot of things right, it misses the mark entirely in some ways, too.

Snyder is at his best when crafting complicated, visually stunning action sequences, and his Justice League do-over is full of exactly those kinds of scenes. But it also tries to pack in a little too much in other areas and falls short of well-meaning intentions.

Several well-known hero and villain characters who were absent from the 2017 film — either due to being cut from that film or added to this one — make appearances in Zack Snyder’s Justice League, and their debuts range from being somewhat unnecessary to frustratingly distracting. The parts they play neither advance the plot nor serve it any other meaningful way, and their presence just ends up detracting from an otherwise solid adventure.

The same can be said for much of what happens in the tacked-on epilogue to the film, which feels less like a taste of things to come and more like a dumping ground for fan-friendly scenes that didn’t fit anywhere else in the main narrative. If Zack Snyder’s Justice League had ended just prior to the epilogue, it would’ve felt much more satisfying, but instead it runs a few chapters too long in the story it wanted to tell.

Snyder also takes things a bit too far with the freedom the film’s R rating allows, and the amount of beheadings, dismemberment, gory violence, and swearing that peppers Zack Snyder’s Justice League feels like (occasionally literally) overkill for a movie featuring Superman and Wonder Woman. More so than any other DCEU film so far, Snyder’s Justice League is far from a kid-friendly feature.

Credit where it’s due

There’s been an air of desperation — and a need for validation — surrounding Zack Snyder’s Justice League since the earliest days of the “Snyder Cut” campaign that called for a director’s cut of the film.

The aggressiveness (and sadly, too frequent toxicity) of that fan campaign didn’t do the project any favors, and in many cases, made already skeptical audiences and pundits even more so when pondering whether the problems of Justice League could really be “fixed” with a new cut of the film. Fortunately, Zack Snyder’s Justice League is more than just a new cut of the film.

Although it doesn’t fix all of the problems of Justice League — some of them created by Snyder’s earlier DCEU films, the baggage from which is carried over to this one — this new film does offer a much more cohesive, entertaining, and most importantly, rewarding culmination of the studio’s big-screen superhero stories so far. Unlike the 2017 film, Zack Snyder’s Justice League gets more right than it gets wrong with the pieces of the DCEU it plays with, and feels like a crossover more befitting some of the world’s most famous superheroes.

Sure, Zack Snyder’s Justice League has plenty of flaws and isn’t likely to win over its most stubborn skeptics, but it does enough to prove it was worth making — and worth watching. And maybe in the unique situation it finds itself in, that’s enough. 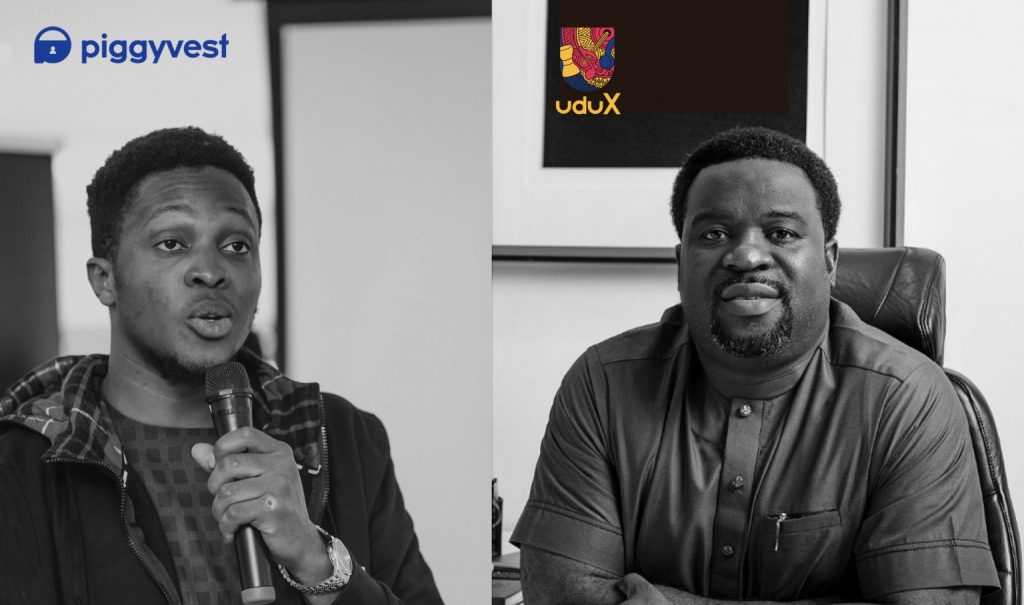 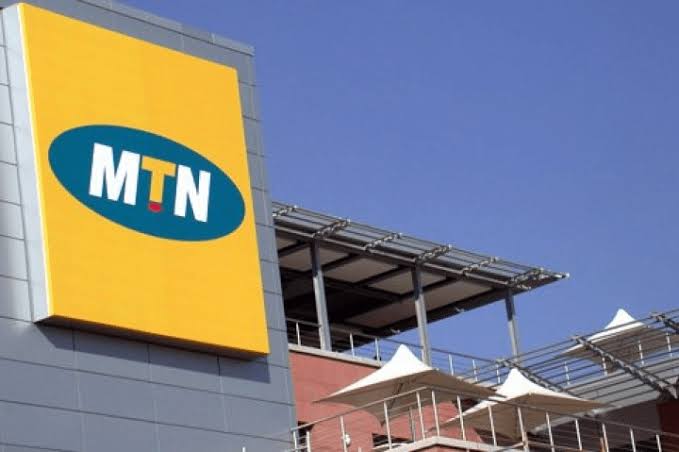 Samsung begins to deliver Galaxy products by drone in Ireland 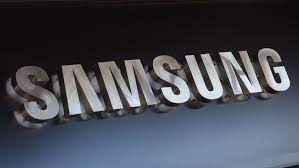 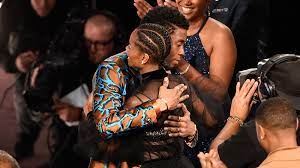 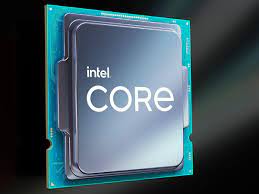